Family history and history of NOMATECH

The NOMATECH Company is a family company with history dating all the way back to the 19th century. The journey of the family started at Žižkov in Prague, where the great-grandfather learned the blacksmith’s craft, in which his son continued, thus laying the grounds to respect for iron and mechanical engineering.

The NOMATECH plant is currently located in Vlašim, and in order to explain how it got here from Prague, we have to return to the turn of the 19th and the 20th century. Back then, the family ancestors partly worked as blacksmiths for the Sellier&Bellot factory at Žižkov, which was established in 1825, and it mainly manufactured safety matches for firing arms.

The Vlašim aldermen prepared a little fraud to the Emperor together with the local prince. They organized a great market in order to show him what a lively city Vlašim is, and to enforce some money from the Austrian-Hungarian treasury. They say there were around 5,000 people attending the market, and Franz Joseph I. therefore decided to build a railway to Vlašim and other towns. And the old emperor nicknamed “Starej procházka” did as he said. And that changed the life in the entire region. At the time, there was a high unemployment rate at the Vlašim region, and also cheap workforce. In connection with the new railway, Vlašim attracted lots of investors and factories, including Sellier&Bellot.

The beginning of packaging machines in Bohemia

After the great-grandfather, who worked at “Sellierka”, a whole number of family members continued to work for this company, starting with grandfathers, grandmothers, uncles and aunts, continuing all the way to the parents, brothers and cousins. And most of them worked here their entire lives, until they retired, as it was the habit at the time.

After 1945, the company Sellier&Bellot was renamed to Blanické strojírny, and at the turn of the 1950s/60s, it also extended its manufacturing programme. Ammunition was not a suitable peace article at the time, and it was necessary to make the manufacturing programme more „human“. Therefore, packaging machines started to be built at Blanické strojírny. Brothers Václav and Jaroslav Houdek were hired to work within this programme. Jaroslav worked in the so-called repair shop, and Václav worked in the packaging machine plant.

Václav worked here until 1996, and Jaroslav kept working until he retired. Both of them helped the current NOMATECH owners to start up the company with their advice and experience. The construction of modern machines was therefore made possible by an innovative approach, as well as by the golden Czech hands of old masters.

Ever since the 1960s, the company Blanické strojírny supplied packaging machines throughout the former RVHP countries (The Council for Mutual Economic Assistance). Cult machine BTH41 came into existence. This machine was well known and very popular with the customers in Bohemia, Slovakia, Bulgaria, Poland or Russia. Hundreds of pieces were sold and it is still manufactured today in an innovated form. Tough machine BTH17 presents a similar story – it is especially popular in Russia, used for packaging bread. Some of these machines are still used by their owners today, and it is no exception at NOMATECH to receive a demand for spare parts for machines that are 30 or 40 years old.

After 1989, the company Blanické strojírny was renamed back to Sellier&Bellot, and the company entered the joint-stock market with new owners. And history continued. As of the early 1990s, Czech companies could enter foreign markets, and “Sellierka” had to go with the flow. It started offering several lines of electronically driven, modern machines, similar to western technologies. But at the same time, export of the manufacturing programme at Sellier&Bellot began to inhibit, and the company started to consider changes.

We are a family at NOMATECH. Only the name is not Houdek for all of us

Currently the 4th generation of the Houdek family is already active on the market. Václav Houdek worked at Sellier&Bellot from 1990 on, and then continued to gather experience in several other companies. Petr Houdek worked at several different positions in several different companies dealing with packaging machines until the time when they purchased together the manufacturing documentation for the packaging machines from the closing “Sellierka” in 2007, and they established a family company NOMATECH. 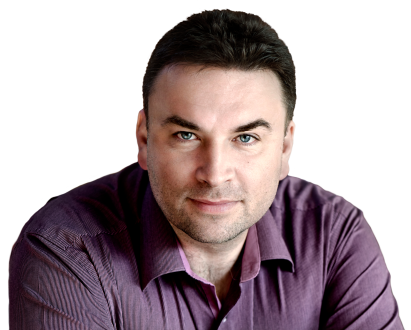 Meet our team
View our machines